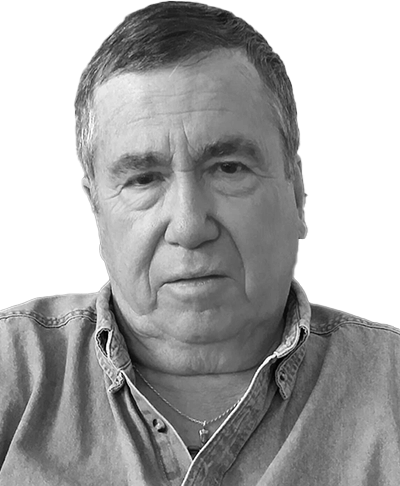 OTTAWA, April 9, 2022 – The Board of Directors of Youth Science Canada is pleased to announce that Fraser Head of Calgary, Alberta, has been recognized as an Honorary Member for Life.

Fraser has been a strong promoter of youth science literacy for more than half a century, making exceptional contributions at local, regional, and national levels in the Canadian science fair movement.

Competent, reliable, professional, and generous with his time, he has exhibited strong leadership and excellent problem-solving skills, always keeping the welfare of students and volunteers at the forefront. Over the years he has shared his love of science with thousands of students, encouraging curiosity and discovery, and fostering enthusiasm for doing scientific research. He has been equally inspirational to like-minded volunteers, having recruited and trained dozens over the years. His organizational skills and dedication have assisted immeasurably in making Calgary Youth Science Fair Society (CYSFS) the successful, dynamic organization it is today.

Fraser’s ability to communicate clearly is exemplary. He has applied his communication skills adeptly to the benefit of all who have interacted with him. During his decades with the CYSFS, Fraser built a network of school science fair coordinators, engaging them in the development of science fairs as a way of teaching and promoting science understanding. Many of these teachers have joined the CYSF and continue to serve in leading roles. To assist his school colleagues, Fraser has presented numerous workshops on the ins and outs of science fairs for interested teachers and students. During his time with CYSFS the number of participating schools in the science fair program in Calgary multiplied many times over. The CYSF now has a quota on student participation because of the high interest generated. Fraser’s commitment and leadership in the science fair program has been a major factor in attracting and keeping large numbers of community volunteers and students involved. Fraser has been a resource for science fairs across Alberta. He has provided encouragement and advice to leaders in regions outside Calgary to re-invigorate and re-start their Regional Science Fairs. Fraser independently reached out and provided workshops for teachers on three First Nations Reserves in southern Alberta.

Fraser has participated in 10 Canada Wide Science Fairs (CWSF) in various roles. He was Communications Director for the 1986 CWSF in Calgary and Co-chair of the 2003 CWSF in Calgary. Fundraising for the 2003 CWSF was very successful and significant funds were transferred to Youth Science Canada.

Fraser was on the National Science Fair Committee and elected Chairperson in 2003. He subsequently joined the Board of Directors of Youth Science Canada for a four-year term from 2003 to 2007. Fraser was a very active and valuable member of the Board. He made many important contributions from his vast teaching and science fair knowledge. Fraser worked tirelessly with other Board Members to integrate two existing policy manuals into the new policy manual Youth Science Canada uses today. Fraser also inspired the CYSFS to create a thorough Policy and Procedure Manual which has been used as a starting point by other science fairs in Canada for developing their own policy manuals.

Having spent a lifetime volunteering for numerous community organizations, Fraser sets a high standard for others to follow. His finest and most significant volunteer contributions include educating, mentoring, and nurturing Canadian youth to become the science leaders and innovators of the future. When it comes to supporting youth science in Canada, Fraser has few equals.