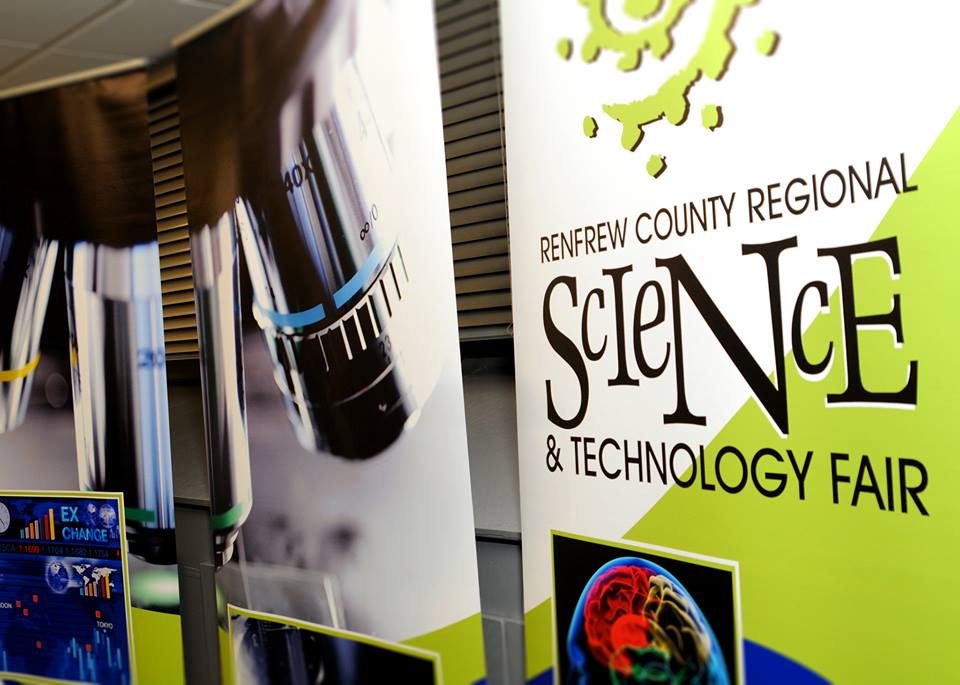 COVID may have kept the science fair out of the project hall, but the 2021 Renfrew County Regional Science Fair continued in a virtual format.

Students from across the county uploaded projects on projectboard.world/ysc and completed a morning of judging with local scientists, engineers and technologists. Then, the students enjoyed an afternoon of interactive activities with Let’s Talk Science!, including household experiments and a virtual tour of an aquarium.

Dayvah Loeks from Cobden District Public School won the Earth and Environmental Award (sponsored by the Town of Deep River), the Ontario Power Generation Energy Award, the Canadian Nuclear Laboratories Environmental Innovation Award, the Canadian Nuclear Society Award, and the Grand Award (sponsored by the Renfrew County District School Board)  for Best Grade 5 or 6 Project for her project “LEGO Diversity”, where she used the popular building toy to show how easy it is to plant different patterns of edible plants in your backyard that provide “biodiversity benefits” for your community.

Sarah Mills from Eganville District Public School won the Health Science Award (sponsored by SRB Technologies), the RCRSF Judges’ Choice Award and was designated the Natural Sciences and Engineering Research Council (NSERC) “Young Innovator” for her project “‘Round the House Acid and Bases”, testing the pH of everyday liquids with a red cabbage indicator.

Additionally, Elliot Lofstedt and Sarah Mills were chosen to represent Renfrew County at the 2021 Canada Wide Science Fair, which will be held virtually from May 17 to 21.

The Renfrew County Regional Science Fair is held every April and is open to all Renfrew County students from Grade 5 to 12. No prior entry into a school fair is required and it is never to early to start your project. Visit youthscience.ca/renfrew-county for details.